Hardware on a Budget: The Advent of Nanocomputers

Things move fast in the world of computer technology, and good hardware doesn’t come cheap. So what do you do when you’re in need of some basic computing power on a tiny budget? You get some tiny computers!

We’ve seen the rise of nanocomputers (sometimes called tinker boards) since the beginning of the decade. Usually slightly bigger than a credit card and as powerful as mid-range smartphones, they are understandably a favorite of the DIY tech community. One of the most popular model, the Raspberry Pi, was released way back in February of 2012. Since then, this market segment has exploded, and it is now easier than ever to get your hands on the nanocomputer of your choosing.

The nanocomputer at the service of online learning

There are plenty of opportunities to use nanocomputers for eLearning. For one, it makes for a cheap way to take courses online (or offline), and they’re available from virtually anywhere on the globe. For the tech-literate, a powerful nanocomputer can easily replace a low-end laptop or desktop. Whether you are looking for a headless server, a small Internet of Things device, a home media center or a cheap desktop replacement, there’s one for you.

Models for all needs

Whether your first selection criterion is versatility, power or price, there is a nano-computer that responds to it. To demonstrate this, here is a brief description of three key models.

The Popular Choice: the Raspberry Pi 3 B+ 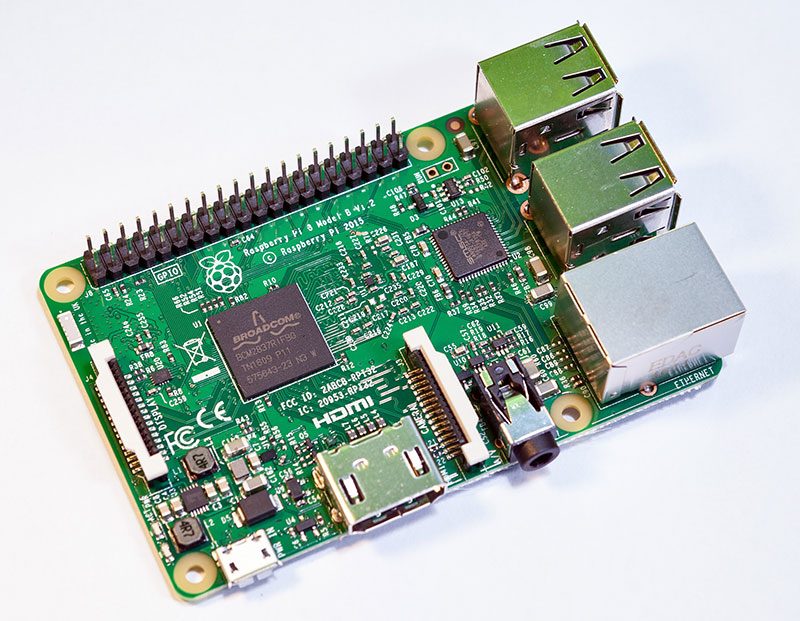 The most popular option is undoubtedly the Raspberry Pi 3 B+. There’s a massive community around this little gadget, and that comes with significant benefits to you. First of all, the Raspberry Pi has some of the best software support out there, with thousands of choices when it comes to operating systems and apps. You get everything from Ubuntu to Android, XBMC (now Kodi) and The Raspberry Pi Foundation’s own Raspbian. You also won’t need to look very far to get accessories for it, whether you need cases, cameras, sensors, touch displays or power supplies. Speaking of power, this device packs quite a punch with a quad-core processor, 1 gigabyte of RAM, 4 USB 2.0 ports, a gigabit Ethernet port, dual-band wifi, Bluetooth, full-size HDMI, power via micro-USB, 40-pin GPIO header and a micro-SD card slot for storage. The best part? It costs only 35$ USD. 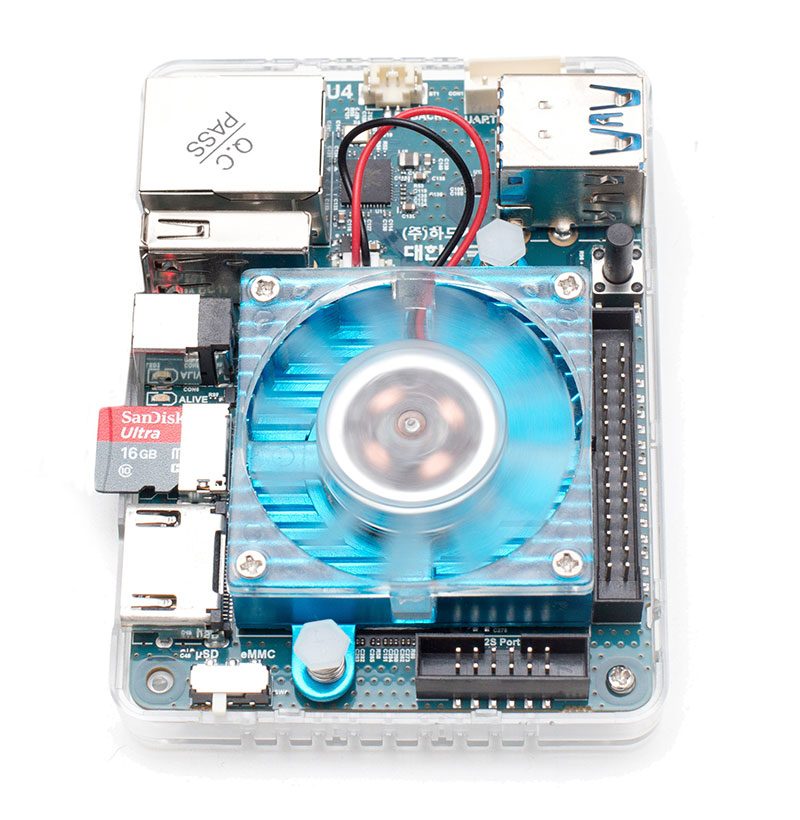 If it’s performance you’re after, look no further than the ODROID XU4. You get full support for the latest Ubuntu and Android versions, along with many community-maintained operating systems. Hardware comes in the form of an octa-core CPU, 2 gigabytes of RAM, both a micro-SD Card and an eMMC 5.0 flash storage reader, 3 USB ports (two of which are USB 3.0), Gigabit Ethernet port and a power plug. This allows for desktop-like performance during even the most intensive workload. All of this for under 60$ USD… not bad! 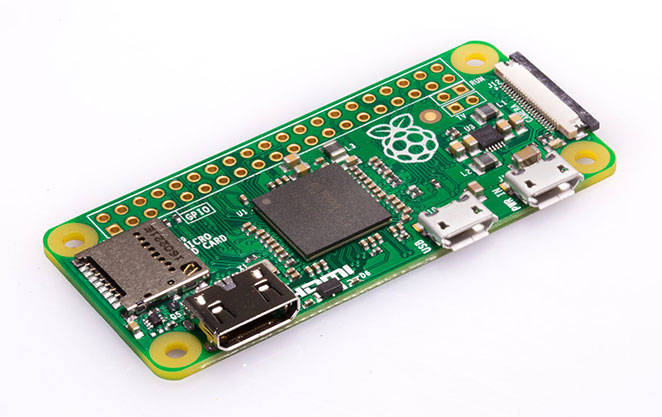 Another product from the Raspberry Pi Foundation, the Raspberry Pi Zero is a slimmed-down version of the classic Model 3 B+. It comes with a much smaller footprint, a single-core CPU, 512 megabytes of RAM, micro-SD card slot, a mini HDMI port and two micro-USB ports. While it is a step-down from the Pi Model 3 B+, it still packs enough computing power to serve as an IoT brain, a headless server or a minimal Linux installation. Hold on; you haven’t heard the price yet… It starts at 5$ USD. Yes, you read that right: 5$.

Once equipped with your nanocomputer, you will just need to find ideas to get the most out of it. Here are some usages to which it lends itself.

Turn it into a tablet

You can get an ODROID-C2 and ODROID-VU8C and make a fully functioning tablet. Install Android (or any other Operating System) on the eMMC storage and create an Android app for your course. The result: your course portal running natively on a portable Android device. The rest is all about making it unique: adding solar power, speakers, ports for external video, etc.

The ODROID-C2 is the perfect desktop replacement thanks to its excellent performance and price. If you are looking for something with a little more horsepower, then get the ODROID-XU4. Either way, install your favorite Linux distro on the eMMC module, boot it up and enjoy your new desktop. All that’s left is to plug in a keyboard, mouse, and screen.

Get a Raspberry Pi 3 B+ or similar and install DietPi unto its Micro-SD card. Connect to your device using SSH. After some straightforward configuration, you’ll be up and running with your very own server. You can plug in USB drives for storage (or even SATA drives on the upcoming ODROID-N2) and access them remotely, you can install Plex and use it to transcode videos to your home theatre or game console, or you can install and run anything from the list of hundreds of apps… Just make it yours!

The Web is full of ideas that can help your next project. I promise you’ll be amazed by what you can do with one of these devices and a little bit of elbow grease. And with hardware that’s this good and cheap, there’s no excuse not to step up your game. No matter your project or budget, there’s a nanocomputer out there for you.

From micro to nano

A nanocomputer is a very small computer, many times smaller than the size of a microcomputer; the microcomputer being a reduced-size computer whose central unit consists of one or more microprocessors to which are added the software and all the hardware required to process the information. This computer provides data storage and has I / O functions.

Sometimes called a “mini-PC”, the nano-computer designates a computer whose size resembles that of a credit card and which is used mainly for teaching or as a component of a specialized system such as home automation, surveillance, etc…