The decline of education

Almost a century ago, the French poet Paul Valéry declared that: “The trouble with our times is that the future is not what it used to be”. Looking at the education industry in general, it feels like the perception we have about our future shifts continuously, and not always for the better.

I frequently hear that students in the past were better, more academically inclined compared to the present days’ students that have become indifferent to genuine learning. Those may be symptoms of a certain nostalgia, but a fact is that colleges and universities are facing continuing declines in enrollment numbers, and competition among institutions has turned education into an all-out marketing war.

But is there a growing disinterest in education? Just looking at the number of worldwide Google searches for education, university, and training, a gloomy picture can be easily painted. These numbers might indeed show a decline in the interest towards education in general, and so for the past 14 years. 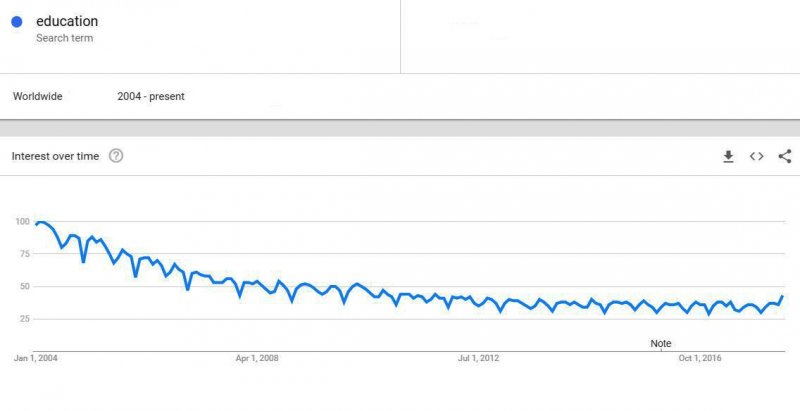 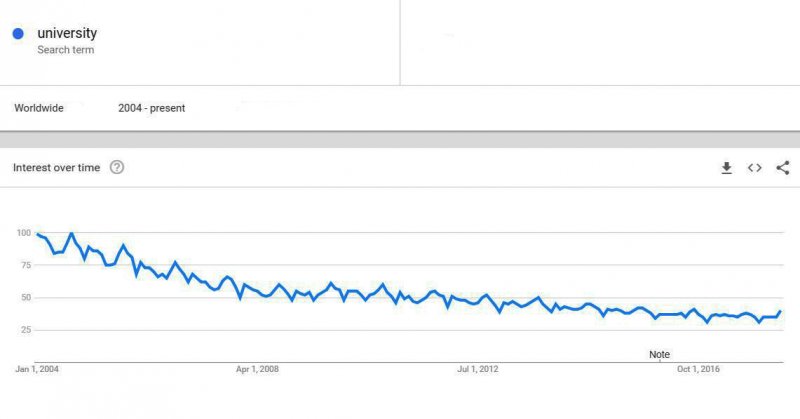 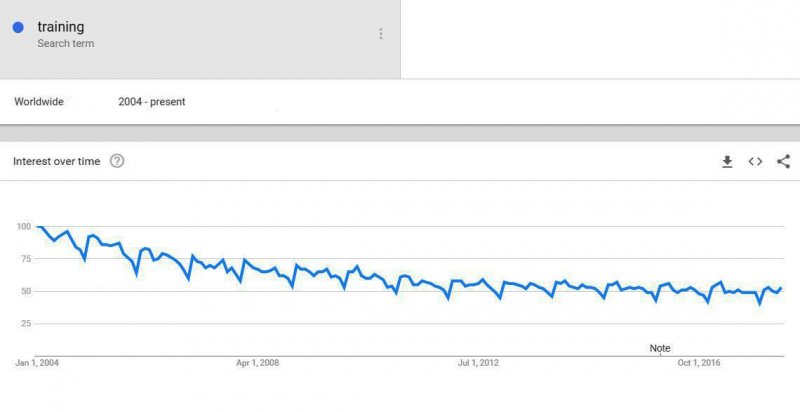 There’s an overstated belief that in their fight for financial survival, universities lower their academic standards and allow any warm body to get in, creating mistrust in the whole education system and the values it promotes. Students are not what they used to be, and the blame is passed down the education link to high schools, which are not preparing freshmen to have critical thinking skills, willingness to put an extra effort into serious study, etc. High schools, in turn, blame the secondary and elementary schools for not emphasizing enough on writing and verbal skills, or even reading comprehension. And the blame chain continues down to the parents for not supporting enough their children, or not emphasizing enough the importance of education. The parents throw everything back at schools, and the cycle of blame is completed.

Where to point the finger?

Is there a role model problem that we’re facing? Is a society that promotes success stories that have almost no education background to blame? Partially yes, if we stick to the non-reactive game of blame. Moreover, a profound change has been taking place in the labor market, with a continuous switch from a manufacturing-oriented one to a service based workforce. You could also argue of concerns about the rate of return on higher education investments. For most, this decision involves the long run since benefits of a higher education are presumed to accrue over many decades.

Nevertheless,   continuing to dwell in the philosophy of frustration makes us miss the bigger picture. Society is changing, and looking at the way information is consumed in general, should trigger a response from the education system as well. Or, how Sir Ken Robinson puts it, a radical rethink of our school systems is needed.

The charts above might be interpreted as a decline in the overall interest in education, when in fact they represent a change in the way knowledge in general is pursued. A more direct, engaging type of learning is now sought, and embracing this type of changes proactively could actually benefit traditional education providers on the long run.

The search terms “How-to”, “engaging technologies” and “learning” actually increased over the years, so the general negative perception that education, or the need for knowledge is declining is just a matter of perspective. 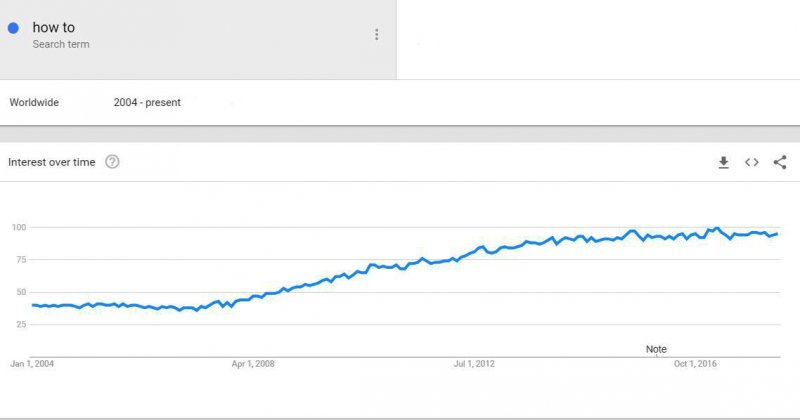 To accept change, or not

It’s not the first time that we’re tried to stand our ground in the face of change. Just read this quote from Federal Teachers, 1950:

“Ballpoint pens will be the ruin of education in Our Country. Students use these devices and then throw them away! The American virtues of thrift and frugality are being discarded. Businesses and banks will never allow such expensive luxuries.”

The internet and all the new technologies have changed the way we process information and waiting for the newspaper to land on your doorsteps to read the latest news is an obsolete approach. People consume what information they need in smaller chunks, and a more “just-in-time” access to knowledge sources is vital.

The way we communicate any type of information needs to change. Expecting to achieve the same results by following the same recipe for a different crowd misses the point of communication. More than ever, rather than just having a group of people to lecture, engaging and interacting through multiple channels is mandatory.

As a quick example, Old English could be a difficult subject that not many would see appealing. However, teaching the content from the perspective of J.R.R. Tolkien’s works and using gamification elements to carve out an engaging online course proved to be successful in Concordia University’s case. It’s not all about repackaging information, but rather taking the dissemination of information to a different level.

So, is education declining? Not really. However, the way we perceive education definitely needs to be adjusted, and there are many opportunities to be seized in the changes we currently experience.