Will a robot replace your job?

Artificial Intelligence, Robotics, Internet of Things… the fourth Industrial Revolution is well underway, and with it, the promise of technological advancements. However, all these come paired with a few concerns, including the fear of seeing robots taking over our jobs. Should we start to worry?

In a short period, new technologies – with the Internet on top – have affected almost every sector of the job market – and let us face it, often for the better. With the latest developments in artificial intelligence (AI) that is able to create computers that can “learn” for themselves, the applications of this technology now seem almost limitless. This prompted researchers to look into its possible impact, particularly on the job market.

In 2013, an Oxford study on the subject caused a stir. After analyzing more than 700 occupations, it concluded that 47% of jobs in the United States were at risk of being replaced by robots in the next two decades.

The researchers behind this study, in collaboration with Deloitte, designed a tool for the public to assess the likelihood of having their job automated. In Quebec, a journalist from L’actualité has developed a similar application based on Canadian and Quebec statistics.

Looking in our backyard

In Canada, the Brookfield Institute examined around 500 jobs across the country, putting them through the lenses of the new technologies. They estimated that up to 40% of them might experience some form of automation within a 10 to 20 years horizon.

Looking at a snapshot of the situation in Quebec, L’actualité crossed these data with those of the 2011 census and concluded that between 500,000 and 1,600,000 workers in the province are likely to be affected. According to this analysis, among the most vulnerable are: men, workers aged 15 to 24, the labor force without a university degree and those with an annual salary of less than $30,000.

Nevertheless, there seems to be a consensus in the industrialized world that recognizes the middle-class workers as most likely to be affected by this “revolution.” It is in this sense that the McKinsey Global Institute report on the future of employment, published at the end of 2017, argues that in the advanced economies, the middle-income occupations will be the most affected by a significant job decline. The report also states that the AI ​​may push one-third of Americans to reorient their career over the next 12 years.

Numerous voices are opposed to these worrying numbers. Among them, the French sociologist Jean-François Dortier argues that they do not rely on anything tangible since we do not know what the technological advances will be in the near future and that we are even less able to measure their possible repercussions on the labor market. Reminding everyone that it is not a recent development that the machine is held responsible for unemployment, the sociologist says that these reports simplify the complex, yet multifactorial, relationship between machines and jobs.

The legal possibilities that could intrude on the social debate are another argument put forward. The European Union has just adopted a resolution to create a joint legal framework in the field of robotics and AI, and even discusses a possible legal status for robots. The issue of protecting workers from the job losses caused by automation is considered urgent by many, although it has not been taken into account by this first European initiative.

It is difficult to argue that this fourth industrial revolution is advancing at an alarming speed and that its (largely) unknown mechanisms are likely to have significant impacts on the society as a whole. It, therefore, seems justified to use the most sophisticated tools we have – including AI! – to better identify and prepare for what the future might bring. Top AI experts are encouraging us to look forward, and in this regard, Montreal researcher Yoshua Bengio, one of the three most eminent experts in the field, recently told to the Canadian Press:

“I think governments should start thinking now about how to adapt to this in the next decade, how to change our social safety net to handle this.”

Mr. Bengio is a member of the Scientific Committee of the Montreal Declaration for Responsible Development of AI, an initiative that aims to mark this new technology in several ways, including the economic transformations it will generate. 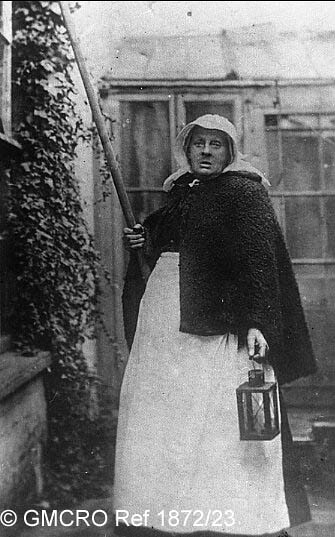 In today’s world, trying to wake up your neighbors with loud yells or by throwing pebbles at their windows would quickly get the police on your heels. Yet it was the knocker-upper’s job up to the early twentieth century’s England.

Did these workers ever believe that they would one day be replaced by continuously more sophisticated alarm clocks (or even someone named Siri)?

According to an Oxford study, here are some of the jobs that have more than 95% risk of disappearing because of automation.

Since 85% of future jobs do not exist yet, we’re throwing a few ideas out there:

The strengths of tomorrow’s worker

Not surprisingly, the jobs that are most at risk of being automated are those that require the least “human” skills. In addition, by the time the robots are taking over this field – hopefully for our benefit – the future workers have everything to gain from relying on their interpersonal skills, artistic talents, emotional intelligence, critical sense, cognitive flexibility, curiosity, open-mindedness, persuasiveness, and so on.

After all, it is partly because we want to be able to focus on the most stimulating, the most “noble” aspects of our work that we pursue these technological developments.

To succeed in the world of this fourth industrial revolution, it will probably be necessary, as economist James Bessen says, “to learn how to learn.” This, in turn, raises a crucial question on the flexibility of our educational systems to adapt to these type of changes. What strategies should be put in place to prepare for a (not-so-distant) future job market?

For an analysis based on Quebec and Canadian data (in French):

For an analysis based on data from the United Kingdom (in English):