Motivation is the momentum that drives us to act and think in one way or another, a process that is both cognitive and emotional, influenced by a combination of factors that are internal and external to us. In learning, motivation is a sine qua non-condition to get involved, to engage in a traditional or online training path. Whether you are a learner or involved in the design of training courses, here are some points to know about the importance of motivation in the learning engagement.

In a few words. Motivation is defined as a “psychological process responsible for initiating, maintaining, supporting or stopping a behaviour. It is in a way the force that drives us to act and think in one way or another” (Universalis). There is a consensus that motivation is based on the interaction of intrinsic (or internal) and extrinsic (external) factors.

According to this theory, the more the individual perceives that the situation allows him/her to be autonomous and to make choices, the stronger his/her sense of self-determination — to decide by him/herself — is, which promotes his/her intrinsic motivation. The more “self-determined” the learner feels, the more competent he/she feels, which helps to keep him/her motivated and perseveres in his/her learning journey. It is the intrinsic motivation that would be the most “self-determined.”

Motivated action. Neuroscience has just shed new light on the relationship between cognition and emotion, two components inherent in engagement. While it has long been believed that these systems were either completely separate or that one (cognition) regulated the other (emotion), the latest research indicates that their functioning is intimately linked (see The Importance of Emotions in Learning). As Professor and researcher Gerardo Restrepo of the Université de Sherbrooke (2014) summarizes it: “The process of integrating emotions and cognition is progressive in several brain structures. Integration allows these two sub-functions, initially separate, to emerge to build a more complex and general function.”

Thus, as Restrepo points out, the two components would be of equal importance in the momentum that drives action: “Emotion and cognition come together to form motivated action. Emotion must never again be conceived as a subordinate system of cognition.”

The flow state. The flow refers to “a psychological state of deep well-being, concentration and intense motivation, which is achieved when an activity constitutes a challenge perceived as equal to or slightly superior to the skills one possesses” (Grand dictionnaire).

According to Gaëlle Molinari and her colleagues (2014), this state, which is accompanied by a feeling of perfect control of the action, also referred to as the emotion of the optimal experience, is “both one of the consequences of the commitment, and one of the major conditions of persistence, in particular via the desire (sometimes even the need) for a re-engagement in the activity because of the well-being it provides as such”. This concept that was first used to explain the victorious athletes’ state of mind was later adopted in various contexts.

The EduFlow. Adapted to the field of education, the concept of EduFlow (Heutte et al. 2016) is deployed in four dimensions: cognitive control, immersion and alteration of time perception, absence of concern about self and self-talk. The latter term can be understood as an experience that is undertaken only for what it is, for the well-being it provides.

Cognitive absorption. The concept of flow has also inspired the theory of cognitive absorption (AC) to describe the immersion in contexts where electronic interfaces are used. Subsequently used to assess immersion in serious games, AC is described by Jean Heutte and his colleagues (2012) as “one of the fundamental variables of the relationship to knowledge, the motivation to learn and especially the persistence to want to understand.” 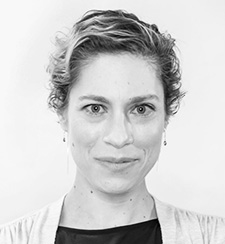