The 4 core competencies of the 21st century

In a workplace where routine tasks are increasingly performed by machines equipped with artificial intelligence (AI), the skills most valued by human beings are those that allow them to perform tasks for which the solution is not known in advance. After having presented the 7 principles of 21st-century learning according to the OECD and their application in e-learning, here are the four essential 21st-century skills, according to specialist Jeremy Lamri.

Entrepreneur and researcher in cognitive sciences, Jérémy Lamri, has written a book as well as a doctoral thesis at Paris Descartes University on 21st-century skills. According to his findings, “what is most important in today’s economy, and will be even more important in tomorrow’s, is the ability to solve problems.”(CGE, 2019) He also speaks of a transformation “of the economy” rather than “of the professions,” since: “In this new world, the production system is completely overturned, particularly by digital technology, and all these transformations have a powerful impact on the education system.”

“These skills are, in a way, the basis of collective intelligence, but also today’s and especially tomorrow’s professional performance on mental activities. There is also a meta-competence, the ability to learn, which is fundamental,” explains the researcher. But developing all these skills takes time, according to Lamri, not least because they require us to change our way of thinking.

In the same vein, as we’ve mentioned several times in our articles, we believe that “learning to learn” as well as lifelong learning and improving metacognitive skills (see Metacognition 101 and Develop your metacognitive skills) are also necessary steps towards the emergence of these 21st-century core skills. 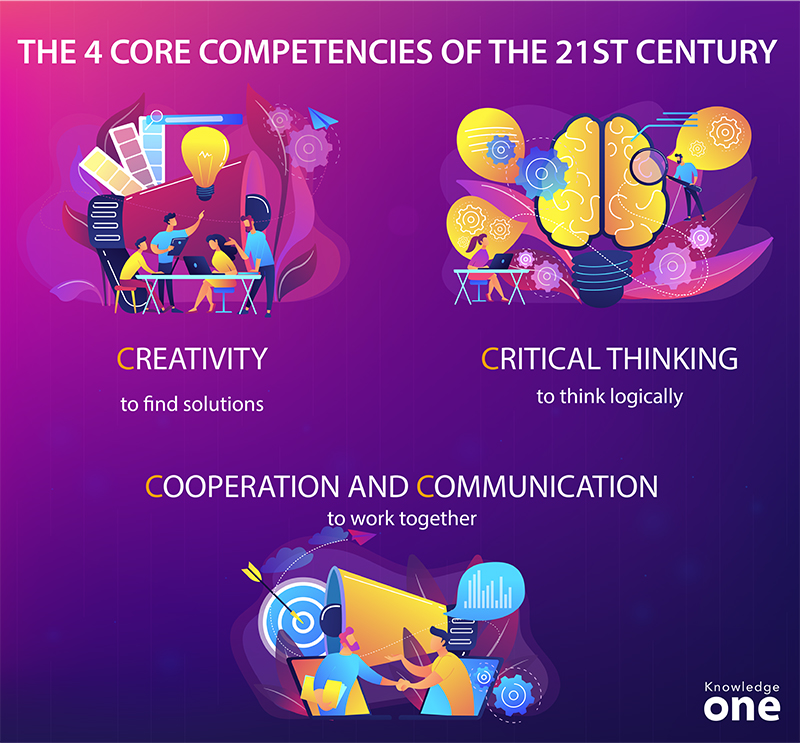 Cooperation and Communication…to work together

Catherine Meilleur has over 15 years of experience in research and writing. Having worked as a journalist and educational designer, she is interested in everything related to learning: from educational psychology to neuroscience, and the latest innovations that can serve learners, such as virtual and augmented reality. She is also passionate about issues related to the future of education at a time when a real revolution is taking place, propelled by digital technology and artificial intelligence.